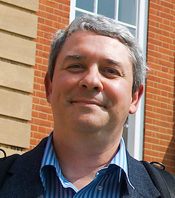 For the past decade, members of my lab have been bringing the new methods of Digital Humanities to bear on the study of psychology’s past. This talk will survey that work and bring out some larger issues in the process. Although scholarly historical writing has focused mainly on “micro-histories” for the past several decades, we immediately found that the digital approach enabled us to explore larger questions without the loss of “fine texture” that is often associated with the “grand histories” of the past. We began modestly, with simple word clouds of historically influential texts, such as B. F. Skinner’s The Behavior of Organisms (1938).  We soon moved on to larger, more sophisticated projects, such as rendering in the form of social networks multi-decade runs of the articles in major journals, like the American Journal of Psychology and Psychological Review. 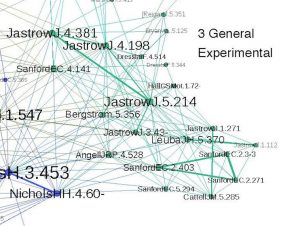 These networks allowed us to see the whole “intellectual landscape” of the discipline at a glance: articles that used similar technical vocabularies naturally clustered together into subdisciplines. Later, we produced an on-line game by means of which we crowd-sourced tens of thousands of assessments of which individuals from psychology’s past have had the greatest impact on the field. We then separated the results by demographic factors such as gender, age, and geographic location to find interesting differences in the assessments of impact. We have also digitally collected the most prolific authors of psychological articles in the half-century prior to World War II, and re-discovered a surprising number of once-important writers whose contributions have been nearly lost in the historical narratives of recent decades. We found here that digital and conventional history work best together – digital visualizations often raise questions that are not visible in the data in its original form. But such questions cannot be answered without engaging in new rounds of conventional archival research. Their strengths complement each other. Most recently, we have turned our attention to the “replication crisis” in psychology, examining how far back into the past the questionable research practices that are thought to have caused the “crisis” stretch. It appears that psychologists’ problematic practices extend back several decades.