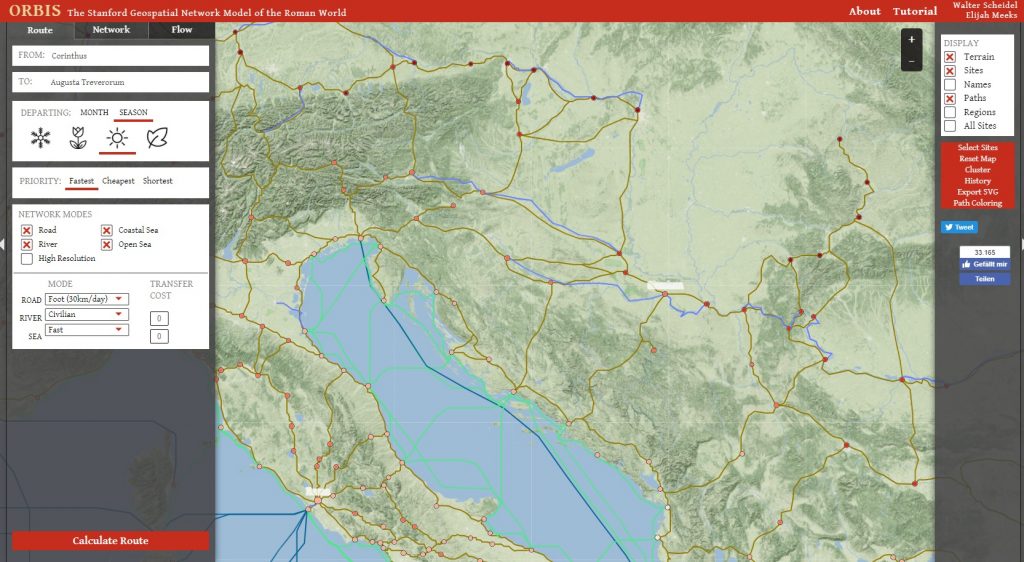 With the introduction of the ‘spatial turn’ in the late 1980ies, the idea of space as a historical actor has become an integral part of historical geography of the ancient world. This means that history does not happen in places but landscape themselves as human constructs act as players. There is a strong entanglement between humans and their environment, which can and should not be divided in favor of one or the other side but seen as a common system complex that should be analyzed as such. One approach to do so is a computer-based simulation, the design of models that represent historical landscape and the conduction of experiments for the purpose either of understanding the behavior of the system and its underlying causes (Shannon 1975). Therefore it is more than surprising, that simulations are not jet an integral part of historical research.

This lecture will introduce in the methodological approach of integration computer based simulation in a historical geography after the spatial turn. In the second part addresses a practical approach be outlining a project that is still in a very early phase, addressing transport and traffic between the Mediterranean and the northern borders of the Roman Empire. The fundamental idea of this project is taking into account a) the topography and state of the routes, b) the local weather as well as the length of daylight and c) the specific modes of transport (e.g. speed, fatigue, infrastructure) to simulate an authentic man made environment in which trade in the Roman world took place. The objective in doing so is to get a better understanding of the interaction between the different factors and to obtain realistic values of travel times, which do not tell us how log travel and trade in Roman times did take but provide us with a temporal framework in which distribution of good took place.