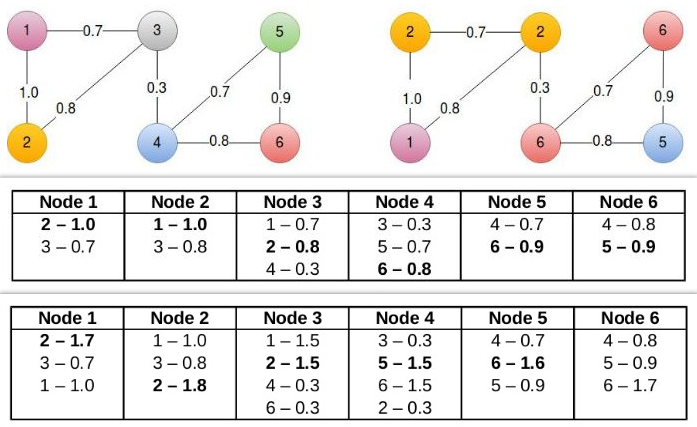 The objective of a community detection algorithm is to group similar nodes that are more connected to each other than with the rest of the network. Several methods have been proposed but many are of high complexity and require global knowledge of the network, which makes them less suitable for large-scale networks. The Label Propagation Algorithm initially assigns a distinct label to each node that iteratively updates its label with the one of the majority of its neighbors, until consensus is reached among all nodes in the network. Nodes sharing the same label are then grouped into communities. It runs in near linear time and is decentralized, but it gets easily stuck in local optima and often returns a single giant community. To overcome these problems we propose MemLPA, a variation of the classical Label Propagation Algorithm where each node implements a memory mechanism that allows them to “remember” about past states of the network and uses a decision rule that takes this information into account. We demonstrate through extensive experiments, on the Lancichinetti-Fortunato-Radicchi benchmark and a set of real-world networks, that MemLPA outperforms other existing label propagation algorithms that implement memory and some of the well-known community detection algorithms. We also perform a topological analysis to extend the performance study and compare the topological properties of the communities found to the ground-truth community structure.