Lincoln Mullen is a historian of American religion and the nineteenth-century United States, often using computational methods for texts and maps.He is an associate professor in the Department of History and Art History at George Mason University, as well as one of the faculty directors at the Roy Rosenzweig Center for History and New Media.

The American Religious Ecologies project at the Roy Rosenzweig Center for History and New Media is creating new datasets for studying the history of American religion. That historical field currently has few datasets available to it, and those that exist are mostly highly aggregated. The lack of data is not because of a lack of primary sources created either by religious institutions themselves or by the United States government, but because those sources have not been turned into data. In this talk we will explain how we are digitizing a massive collection of primary sources from the 1926 Census of Religious Bodies, as well as sources from denominational and other religious institutions. As we digitize those sources, we are also developing a software tool called DataScribe to enable the transcription of historical sources into datasets. Having built out our internal infrastructure, we are starting to create and publish interactive scholarly visualizations for American religious history. These sources, software, and visualizations are a pipeline in support of our main aim: advancing meaningful interpretations of American religious history. 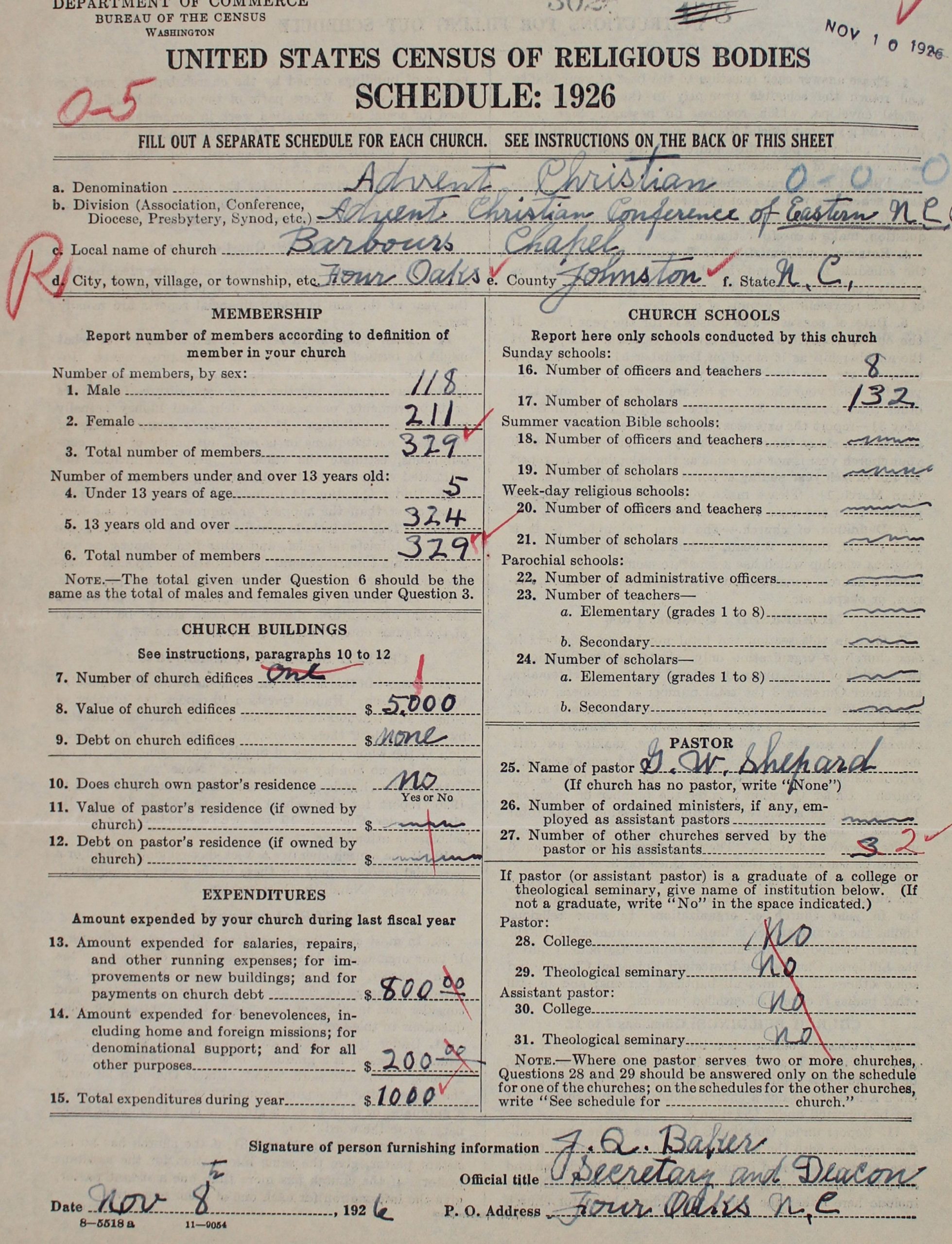