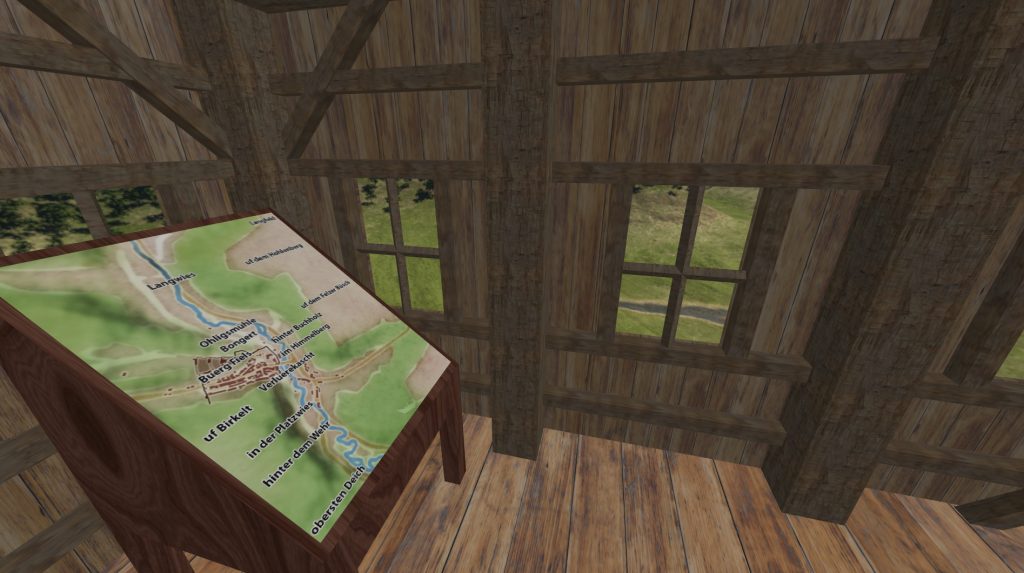 On February 26th, a workshop “Mapping Urban History in the Digital Age” organised by C²DH took place at the University of Luxembourg. The two main themes of the workshop were data modelling, including frameworks of map presentations, and virtual reconstructions with a focus on transmedia storytelling.

The first theme started with a presentation from Taras Nazaruk, who introduced the design of the“Lviv interactive” project, which focuses on how information from different narratives has been merged into the spatial dataset of the town. The next talk, by Steve Kass and Martin Uhrmacher, introduced Villux – the historical atlas of Luxembourg.

Sam Mersch from DHH discussed how toponomastic spatial data can be used to explore historical activities at the level of landscape. Kaarel Sikk introduced how agent-based modelling can be used to model and explore the construction of space by human society. The topic of mapping was continued by Malte Helfer who presented  GR-Atlas – the platform of presenting thematic maps of the Greater Region.

The theme moved towards interactive storytelling, with Marleen de Kramer giving an overview of the project of 3D reconstruction of the landscape around the castle of Larochette. Anne Hofmann continued with interactive storytelling as applied in the Lëtzebuerg City Museum exhibitions. Pit Vinandy closed the session with his talk about the virtual reconstruction of historic Luxembourg city centre for social virtual reality platforms, focusing on the latest Pfaffenthal 1867 project.

The last presentation stood out as very different, as the reconstructions were motivated by artistic desire to create and the work was thus unrestricted by academic obligations. It made an excellent introduction to the subsequent discussion about the role of historians in the research and dissemination process, from understanding sources to transmedia storytelling.

Following questions stood out among those discussed:

How much should historians, or academy in general, be involved in the process of digital tool creation?

Although historians have created their own applications  for custom database systems and storytelling applications,  there is a certain level at which they should be rely on applications and hosting services created for industry. The question was first discussed in relation to GR-Atlas, which is based on AtlasFX software. Malte Helfer explained the reasoning behind requirements for external support – academic project usually don’t (and maybe shouldn’t ) have the capacity for maintenance of complex digital tools.

Pit Vinandy’s story of creating reconstructions of historical center of Luxembourg relies even more on industry and commercial software, as social virtual reality platforms were used as a basic platform. But his story also discussed risks associated with commercial software. The tools might cease working when the business model becomes unsustainable and unpredictable pricing policy might make it suddenly unaffordable.

Should historians pursue maximal factual precision while recreating past events?

Factual precision is central to historical research, but obviously, it has its limits. For example, while virtually reconstructing a house at given point in time, there are a lot of details about which we have no information. Marleen de Kramer discussed an approach in which historical reconstructions also provide access to information about historical accuracy.

In VR environments, it gets quite complicated. Citing Pit Vinandy, a world interesting for explorative people has to have a fractal-like structure: as you look closer, a new level of detail emerges. Those details could create narratives in a virtual world which did not really happen. We could imagine a house but in a VR world. We would like to add a hole in its wall and a rat in the hole. And the rat would scare somebody. What should be the relation of historians’ work to this level of detail?

Those question led to a general one of what should be the historian’s role in creating historical reconstructions? There have been different approaches in practice. In several case, an artistic initiative has started the project and historians are responsible for accuracy and details, like in casting of movies or re-enactment events. An alternative has been a factually correct story where narrative is finished by historians and details are implemented by specialists. Are those results essentially different?