DTU-PhD researcher Shohreh Haddadan can look back on a very successful last year. To honour her accomplishements, we paused a bit the day-to-day work and took some minutes to reminisce: 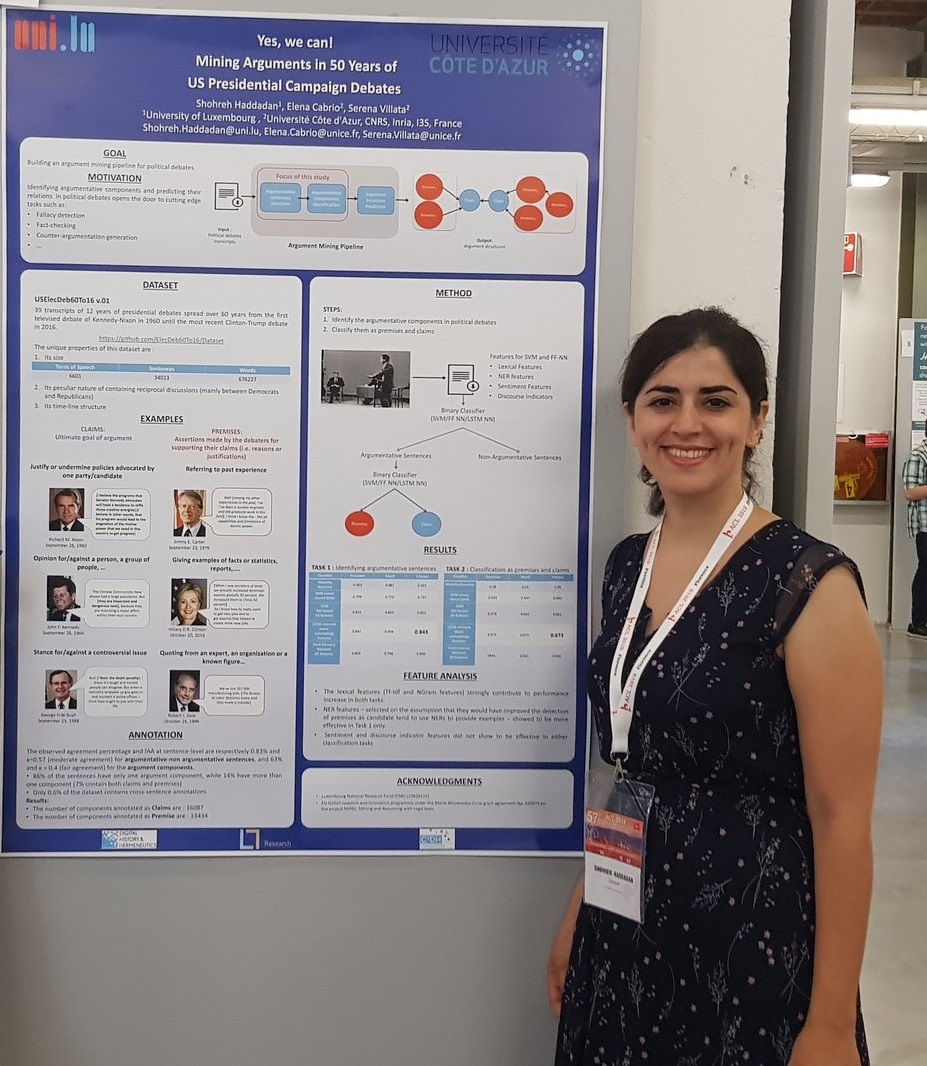 Shohreh, as a PhD researcher you mainly see what is still in front of you, however, 2019 was quite a successful year for you. What were your professional highlights last year?

Thank you. Indeed I had a very exciting and fruitful year, the results of the first phase of my research: ”Argument mining in political domain” got accepted and published in ACL conference which is one of the most prestigious conferences in Computational Linguistics community. I also got the chance to present the demo I developed based on these results, in the International Joint Conferences on Artificial Intelligence (IJCAI). The highlight for me of this year was especially the opportunity to attend the ACL as a presenter. This is where the most prominent researchers in Computational Linguistics do gather. This year the conference was held in Florence.

What are you especially proud of?

The explicit results such as the publications of my research this year are the presentable fruits of my work. However, if I wanted to mention something that made me proud of myself personally is how much I have learned this year. I have learned new aspects of machine learning in computational linguistics, started practicing and experimenting with them, and got results using them. I am proud of myself for struggling everyday trying to keep up with the incredible speed of NLP research.

In the International Joint Conference on Artificial Intelligence (IJCAI-19) you received the runner-up position of the Application Impact Award. Can you explain to us what was your achievement that was honored there? 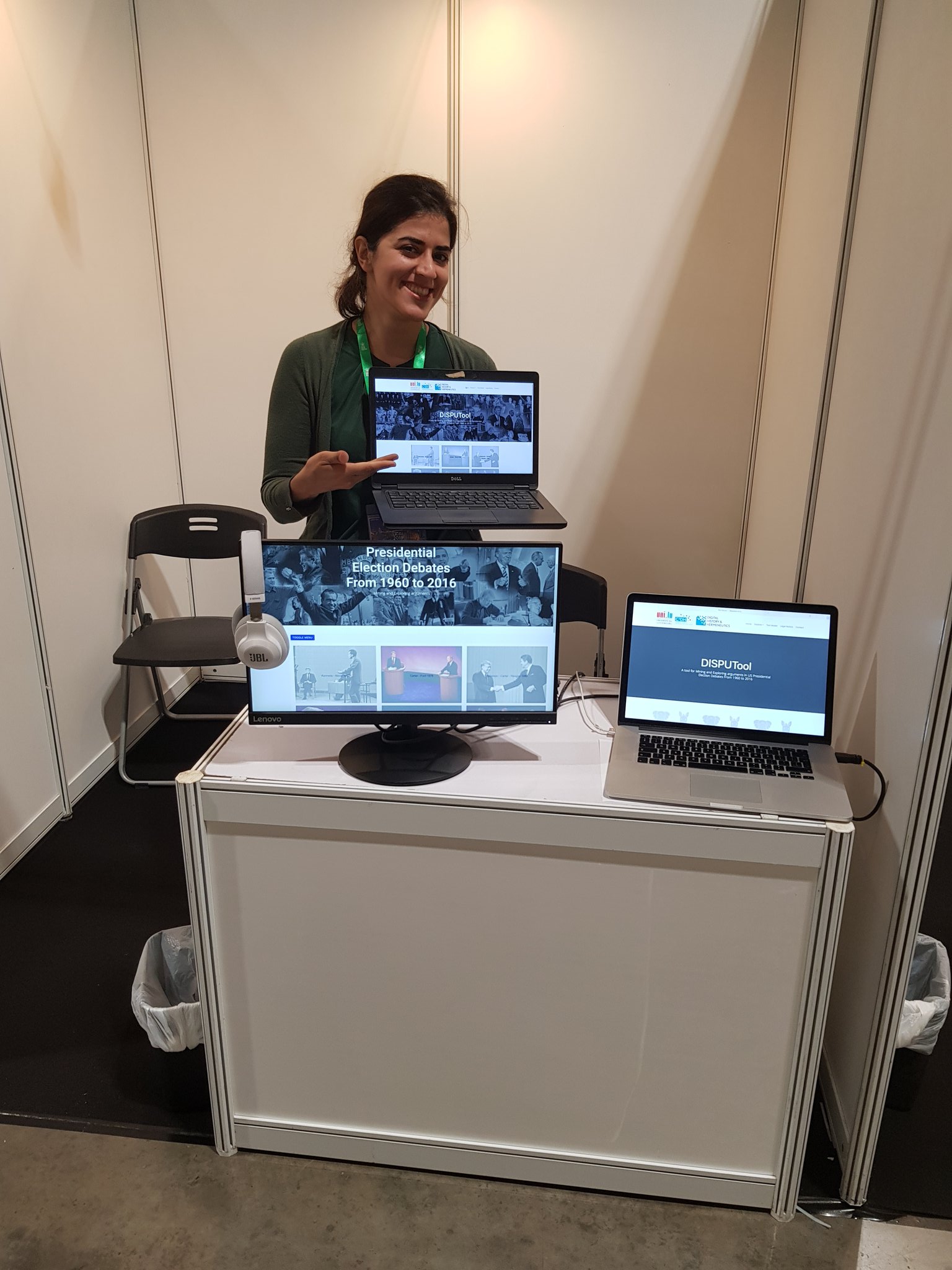 The Demo paper awards at the International Joint Conferences on Artificial Intelligence(IJCAI-19) happening in August 10-16 2019 in Macao, were given in two aspects, first the innovation award and second the application impact award. Our paper “DISPUTool — A tool for the Argumentative Analysis of Political Debates” was considered as a candidate for the application impact award and got the runner up position.

I think the aspect of my demo which was considered award-worthy by the committee was the special application that argumentation was applied for. Analyzing the debates from the viewpoint of argumentation and using them in a perspective of social sciences with comparison to tools that are used to increase economic advances or such aspects.

I am very grateful that the committee distinguished the potential of the research in the demo, we developed to be an applicable and useful tool for the political and social science community.

We just experienced fierce and emotional intense debates in British Parliament about Brexit in the last couple of month. Shohreh, you develop an annotation algorithm to identifying emotions in political debates. What exactly will you be able to do when you will have finished this project?

Well, actually let me rephrase that. I am not identifying the emotions in political debates but detecting the structure of arguments, these arguments maybe based on premises that excite the emotion of the audience. Appealing to the emotion of the audience in order to persuade them of the validity of the arguments is a kind of fallacy in argumentation in cases where the emotion is not relevant to the claim of the argument. Detecting these fallacies can be helpful to the analysis of arguments in political debates. We may assume if the audience was informed of the extreme use of fallacies by politicians, they might be less affected by the use of emotion in arguments.

Do the American debates in the 1960ies, which you are looking at right now, differ from what we experience today, say in the case of Brexit?

Well, the dataset I work on is only the reciprocal debates between the candidates at the last round of the debates. In the case of 1960, it would be the transcripts of the televised debates between Kennedy and Nixon. The difference between these debates and debates such as in the case of Brexit is that presidential debates cover different topics and usually most controversial topics at the time where they were held. In case of 1960 they would discuss Cuba, or communist advances in China. The other difference based on the dataset is that only two parties are exchanging their ideas towards a topic. There are also datasets in argumentation mining which focus on the arguments and the stances for or against them. You can for example take a look at this tool: http://www.argumentsearch.com/search/?query=brexit&language=en developed by UKP group at University of Darmstadt.

What are your further plans this year?

Now, I wish to integrate more functionalities to the demo I am developing. Also, publishing the results of the final phases of my argument mining pipeline. So that I can start analyzing the extracted argument graphs from the political debates and dive into their application in finding fallacies in arguments.