Developed by USC Shoah Foundation – The Institute for Visual History and Education, the IWalk is an interactive educational program that connects concrete physical locations with memories of historical events that took place at those locations. It is currently concentrating on Europe and the US. People walking through the different tours use tablet computers to watch clips of Holocaust survivors and witnesses telling personal stories about the role of the locations in their experiences. The clips are drawn from their testimonies in the USC Shoah Foundation’s Visual History Archive. 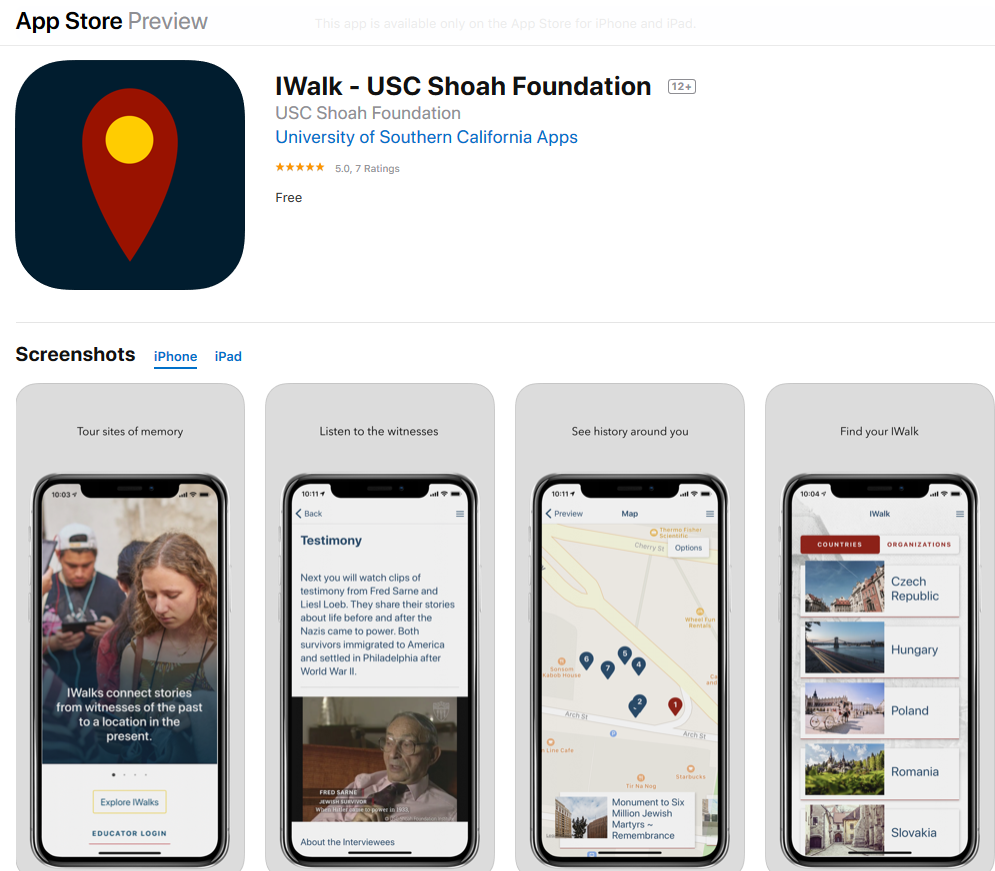 The testimonies, along with the photos, documents, maps and other primary sources displayed in the tablet presentations, tell a story that connects past events to present locations in a way that underlines the gravity and reality of what occurred. There are 109,000 hours of testimony, but IWalk enables users to find relevant segments related to a specific microhistory.

Carefully curated by me and the USC Shoah Foundation team, IWalk contextualises and humanises the history of sites of memory by using testimonies, photographs and maps. The result is a unique multimedia experience that provides visitors with a personalised learning experience at sites of memory around the world in multiple languages.

Building an IWalk in Luxembourg

Looking more specifically at Luxembourg, there are more than a hundred testimonies of survivors telling their stories from the pre-war and post-war years. Their narrations are a valuable record of the experiences, emotions and feelings of the Luxembourgish Jewish population within the country’s collective post-war memory. The interactive IWalk application provides students in particular with an opportunity to engage actively with the project. 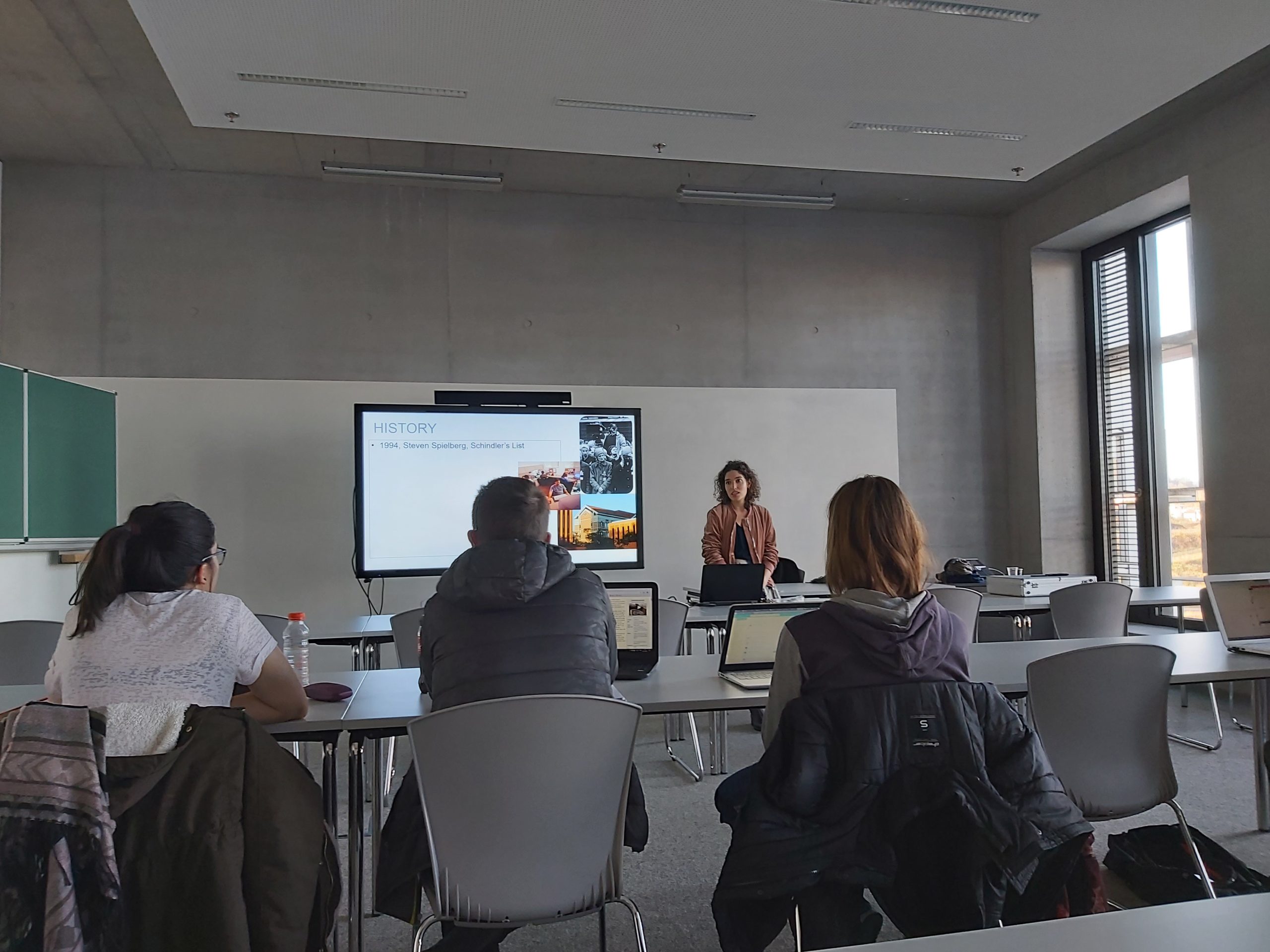 The aim of the project was to apply new educational methods to learning about Jewish society in Luxembourg. In the 2019/2020 winter semester students learned to use the app as an example of using archival sources in the digital era. During the individual sessions, participants used the (intuitive) video editing software on the online IWitness/IWalk platform. The course also provided an overview of using and editing historical photos, maps and personal documents as archival sources. Students were divided into two working groups, with each group assigned to a different area. Group A was in charge of designing a virtual tour in Luxembourg City and group B created one for the town of Esch-sur-Alzette. Participants took pictures of current buildings and locations associated with Jewish war history and compared them with original historical photos taken before and during the war. Students were encouraged to reflect on how the appearance and function of certain buildings had changed over time. During the war, many of these buildings were confiscated and transformed into official institutions for the Nazis in their efforts to control and oppress local citizens. It can be hard to recognise a building currently covered in billboards as the same building that was once covered in Nazi flags. 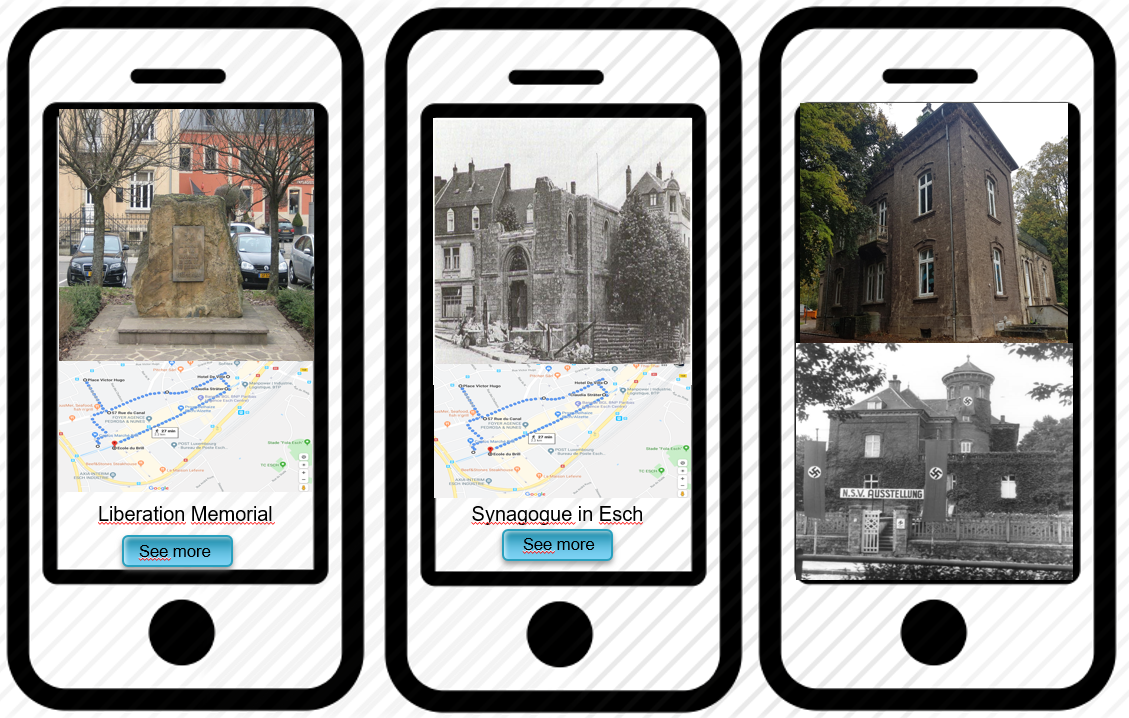 Another important task was to define a theme for each of the two tours. The topic of an IWalk must be specific enough to offer a reasonable learning outcome. Students were able to choose from a wide range of themes and historiographical approaches (e.g. topical, chronological, spatial or ethnographic). The outcome was that the tours of Esch and Luxembourg City are now relatively diverse, combining civil resistance (topical) with Jewish traditions (historical) and the Jewish role within the majority society (sociological). The central aim was to develop an educational and entertaining application aimed at students, professionals and anyone interested in history which would offer new insights into life in Luxembourg during World War II. The idea is also to make the method available for everyday use in schools as an aid for history teachers. The teacher’s role is as a tutor or moderator; it is up to students to do their own research and make their own choices as to what to include in the walk. They are responsible for the final version and their active motivation and participation was essential for the successful development of both tours. Now we are at the stage of looking for funding to cover the licence granted by the USC Shoah Foundation.