The author starts his three-part reflection on some important issues he has observed when working in an interdisciplinary frame of doing Digital History. Those issues are “in the air” but usually not stated explicitly: part 1. different mindsets of humanities and computer sciences, part 2. big data paradigm and it’s influence on how society sees the world and history, part 3. causal modelling approaches as a new interdisciplinary opportunity and form of cooperation.

I started meditating on the topic of the current writing after following a data course organised for historians by the C2DH team. The practical section of the course explained the managing and structuring of data and was of much interest to the attendees. The course ended with an overview of the concept of the “big data paradigm” and the challenges it poses mostly from the perspective of computer science. It was already Friday afternoon and it became apparent that both, attending computer scientists and historians, had hard times relating the discipline of history to the big data paradigm.

I had to ask myself “are they related at all”? Coming myself from a field of computer science and moving to the humanities and historical sciences1 I decided to write down some ideas on their possible relations. I have observed that the mindsets of people trained in computer science and history tend to be very different, even contradictory. In the first part of the essay I will focus on those differences and how challenges arising from them are naturally embedded into digital humanities and digital history (DH) in particular. In the following parts I will continue discussing big data paradigm and modelling and their relevance to the discipline of history. 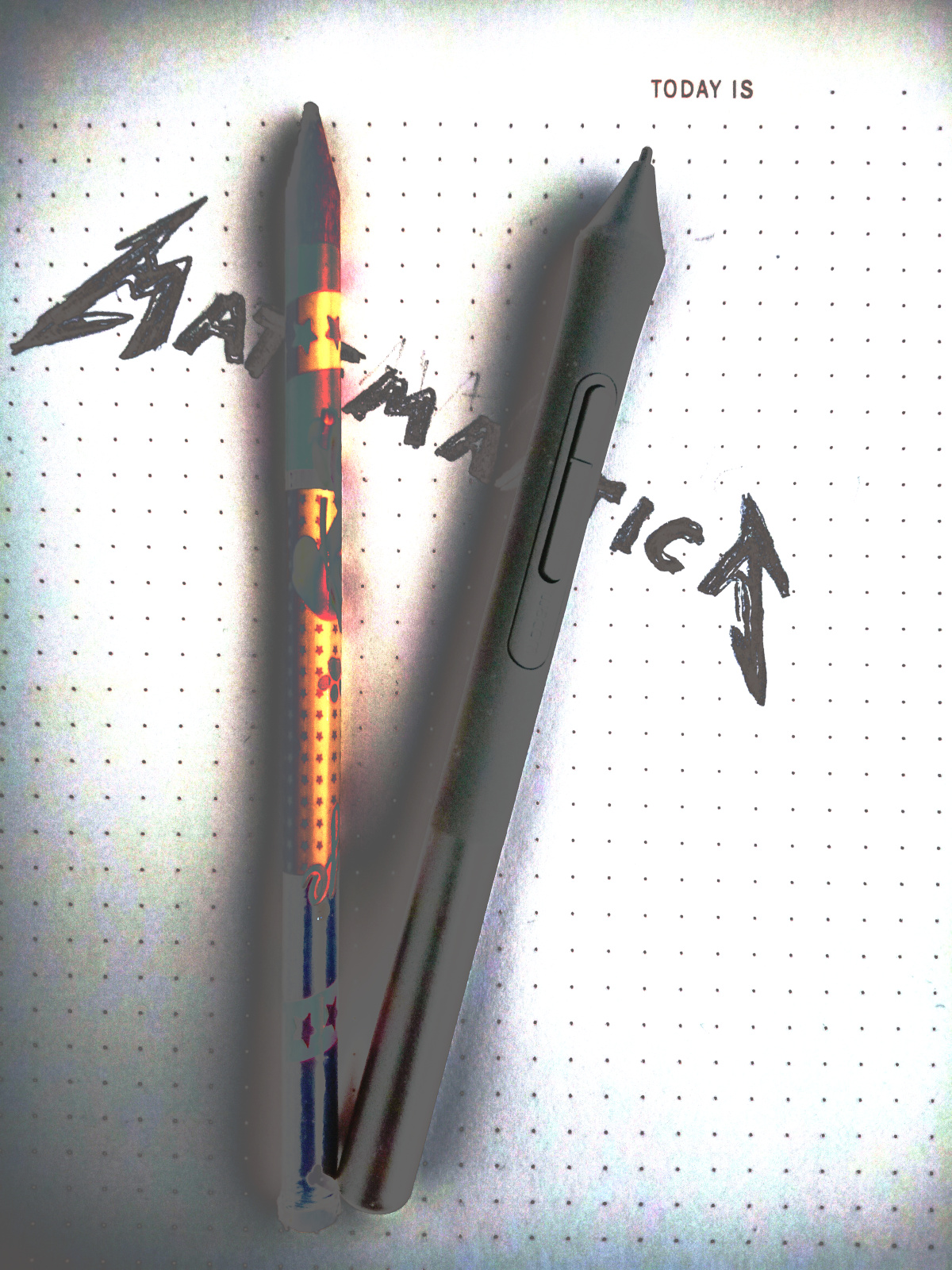 The data course for historians was obviously not the first time I have paid attention to a certain interdisciplinary confusion. I have enjoyed observing experienced scientists being similarly disoriented during academic events. I once attended a digital humanities conference where I heard a discussion arguing that modelling is not scientific because the events it models did not really happen. And then another discussion about lack of scientific pursuit in story creation because it only speculates about particular events without generalized knowledge being created from it.2

I remember my own confusion while starting to study history already having considerable experience in the software development industry. Just providing a factually correct description of past events as the result of my research did not make sense. I felt the results of my research should include a model – repeatable, algorithmically expressible, transferable to another discipline, ultimately useable as tool for future decision making.

And as I was finishing the draft of this text a very interesting article by Laura Spinney was published in the Guardian about history providing data for the better future3. The article is based on Prof. Peter Turchin’s research on cyclically re-emerging social processes in time and on efforts how to predict those. The article was received with fierce criticism on social media by historians who stated that this is not history, history as a discipline is not about prediction; and predicting future based on past would be impossible. The criticisms were provoked by some rather combative detail, like slipping in the notion of the “objective truth” and expressing beliefs in technocratic futures. As it has happened before, the discussion floated to the rather unfruitful grounds of age-old arguments like “you can’t model humans they are inherently too complex and chaotic”4 and “you can not predict the future”. Those got age-old responses like “of course you can: economy, anthropology and social sciences do it all the time” 5. Or an argument that “we don’t have enough data” with the response “that’s one of the main areas of research in DH”.

Such an essential dispute can certainly not be ignored or blamed on incompetence of any of the participants. Their opinions are grounded in relevant disciplines but the disputants might just have not made enough effort to adjust the context of their discussions to the common grounds. To start exploring how differing concepts can be defined and related to each other in meaningful way I will start by exploring the mindsets prevalent in the relevant disciplines.

Looking from outside the goal of the academic activities can be described as knowledge production. But the meaning of “knowledge” seems to be very different for historians and computer scientists. Historians, of course study the past, the events which already have their consequences and can be observed from a distance giving some neutrality. They focus on what happened and how to make this information effectively accessible to people. The essence of scientific authority can be assessed by being factually correct and providing relevant interpretations.

Presenting new knowledge from the point of view of the human experience is considered important as is the use of narrative in the description of the events. The explanations are attached to chains of events and are thus embedded in the narrative. This way of knowledge production is based on natural language drawing in with it all the implications the language has for a given context in the society. Thus the interpretation in historical knowledge is changing in time and subject to semantic drift as the meanings attached to the language change. This fluidity is part of the discipline and self-reflected by scholars during their research.

Computer science on the other hand is very different, it studies the processes and their interaction with data and representation of processes in the form of computer programs. It focuses on our knowledge of creating technology and its main goal is to solve problems and ultimately to create tools.

Computer science is rooted in the language of mathematics and formal descriptions of processes which it shares with closely related data science, information science and others. Maths is behind all computational technology so the essential core of computer science is based on rigid mathematics that can be always referred to while applying or communicating a piece of knowledge. When a person from hard sciences starts to work on a research question the first step is to have definitions for the entities involved. Giving precise definitions in the humanities would not be only an unsolvable problem, but it would be counterproductive for the research.

Walk of evolution has led to some methodological peculiarities

These different goals and modes of knowledge productions attract and shape very different methodologies and mindsets of scholars. To illustrate the difference I refer to an interesting example written by Kvamme6 who conducted an experiment involving students of anthropology and natural sciences. He let them describe two pencils, a wooden pen and a plastic one. Most anthropologists were describing the differences between pencils while most natural scientists were searching for the common characteristics. Although coming from a slightly different context this example is very insightful. The humanities train you to pay attention to the uniqueness of human experience. The natural sciences focus on finding the similarities to create unified abstract theories that lead to exploring regularities and lays ground for new methodologies and possibly prediction.

I have personally observed these patterns hold well for contrasting historians and computer scientists. These differences of thought were well illustrated during an insightful talk on modelling by Dr Melvin Wevers during which statistical trends were being explained with the help of visualization. Prof. Andreas Fickers commented that for a historian the general trend was not so exciting, the outliers of the model were far more interesting. What was their story?

This very insightful comment illustrated the different interests of the scholars of the disciplines. A historian processes knowledge and provides explanation by contextualizing a number of facts searching for minute detail in all possible relations. Multiperspectivity, plurality, social controversy are important topics of interest. A scientist working with data is searching for regularities and abstracting them. The computer scientists providing tools have a natural inclination to understand abstract, aggregated approaches. Even if the historian would immerse himself into the diversity of an event, a computer scientist would be interested in aggregating and measuring the diversity itself.

While historians are working on the diversities of approaches to their object of research, computer scientists are waiting for familiar grounds where they could use the perfected tools of abstraction, scales of observations, aggregation, measuring and classification. To create an algorithm (set of instructions) to bring clarity to the problems.

Interdisciplinary cooperation within digital history projects brings together people with those very different interests opening up vast opportunities. Some of the opportunities have already been realized by digital history projects. In most cases the cooperation is initiated by historians who expect computer scientists to provide them with tools that help with knowledge production7. Historians want to get easier overviews of their sources, search and extract information from the sources. They are interested in managing their data to be able to scale up their use of sources and references, digitize and organize them and analyse them. Finally historians have to keep up with developing media if they want to disseminate the results of their work and stay relevant in the digital world. This is the acknowledged playing ground of a digital historian who is expected to be up to date with the possibilities of contemporary technology and explore new opportunities on how to use computer science and digital tools for the production of historical knowledge.

However, next to the opportunities, there comes a lot of potential for misunderstanding and frustration. Thinking of the differences of the mindsets, it is easy to draw the link to disputes I described earlier. I believe most of them are rooted in the different nature of knowledge processing in the disciplines, the opposing directions of contextualization and abstraction. There are clearly different opinions on what is worth studying and what is scientific. Digital humanities including DH involve an interdisciplinary exchange between those disciplines and the understanding of the mindsets of the protagonists involved is essential for effective research. A digital historian has been called a trader between the disciplines. For a successful trader the path to success is knowing the people and their mindsets and maintaining this overview by avoiding the fixation on only one disciplinary sandbox8.

In the meantime society is evolving at a fast speed and most of the impact can be attributed to the development of computer science. Significant parts of our lives are moved online, services are becoming optimized by data and people are becoming aware of the fact. Our everyday lives are immersed in the data, a lot of new ideas are in the air and a new interest in the discipline of history is rising from a somewhat unexpected angle.

In the next part of the essay I will turn to the cyberpunk perspective and leave the historical grounds with the future in mind. I lay out some new ideas for the interdisciplinary exploration as has been proposed in media and write about the different communication interfaces between the disciplines.

In this post I described the mindsets to express appreciation of alternative sandboxes of the disciplines as a basis for interdisciplinary trade. I believe this appreciation is essential for discussing future opportunities for thinkering by digital historians.

Any cookies that may not be particularly necessary for the website to function and is used specifically to collect user personal data via analytics, ads, other embedded contents are termed as non-necessary cookies. It is mandatory to procure user consent prior to running these cookies on your website.